Vin Diesel is an actor who appears in the Season Nineteen episode, "Safe Space".

Vin Diesel is one of the many people Butters is helping filter out negative comments he receives, along with Cartman. He also sings the song "In My Safe Space", along with celebrities Demi Lovato and Steven Seagal.

He also appears at Randy's charity event for Shameless America. He tries, unsuccessfully, to protect Randy from being pressured into donating money at the Whole Foods Market. He leaves after the cashier references Diesel's role in Fast and Furious, saying "this little piggy was in Fast and The Furious", which causes Diesel to break down in tears.

Vin's appearance may be taken from his roles in the Fast and Furious movie franchise. He is bald, wears a black sleeveless shirt with grey pants and brown shoes, and has a cross necklace. At the charity dinner, he is wearing a grey suit with a black undershirt. He is shown to seemingly have no noticeable flaws.

Like the other celebrities in this episode, Diesel seems to care deeply about how others think of him, so much so that Butters has to sift through all the negative comments and give him only the positive ones. 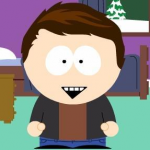 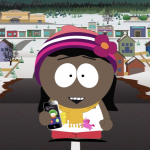