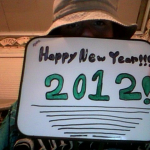 I like to play video games with good storylines, good monsters, good characters, and good controls. I highly recommend the Fallout Series, Final Fantasy X, Kingdom Hearts, the Resident Evil Series ( though I think Resident Evil 5 sucked. ), the Uncharted Series, and of course The Legend of Zelda Series ( especially Ocarina of Time. ).

I have my own quote, which I believe was never said by anyone else; " Love is a muscle; it must be strained to become strong. Strain it too much, and it goes bad. Then you'll need surgery ". Basically it means that in order to strengthen ones love, you must test it. If you go to fast, it becomes damaged to the point of needing counseling; the surgery means counseling. Get it?

I highly recommend reading books. The Harry Potter Series, Cirque du Freak, The Demonata, Percy Jackson and The Olympians, The Kane Chronicles, The Heroes of Olympus, The Dark Tower Series, and most, if not all, Stephen King Books.

Another personal quote of mine. " Never need; only want. "

My favorite characters are Kenny, Cartman, Butters, Dougie, and Wendy. I think Kenny is a great hero as Mysterion, Cartman is a good anti - hero, Butters and Dougie, as Professor Chaos and General Disarray are great villains; Butters is abused in several ways, and Dougie seems like a blind follower to Professor Chaos, and Wendy is just like Cartman; if she doesn't get what she wants from someone, that person will suffer greatly; just look at Ms. Ellen and Cartman.

My favorite episodes are The Cthulhu Trilogy.

I will be relatively inactive until new episodes are released; this is due to me not being able to find anything new.

Retrieved from "https://southpark.fandom.com/wiki/User:TOkun592?oldid=200580"
Community content is available under CC-BY-SA unless otherwise noted.