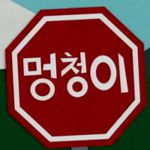 Hey! South Park is one of my favorite shows, otherwise I wouldn't be here. ;) There is no problem with the way Muhammed is portrayed on South Park. Hey, I'm Catholic and I thought Cartman screaming "Fuck Jesus!" was hilarious. I have recently been going back and watching episodes online from beginning to end. I'm almost done with season eight. Here's what I have to say so far...

Season 1: Where it all began. The first season had a not so humble beginning as a few of my all-time favorite episodes come from it, including Death, Pinkeye, and Mr. Hankey, the Christmas Poo.

Season 2: Not as good as Season 1 but there were still some very good episodes, such as the cliffhanger ending and Prehistoric Ice Man from this season as well. I thought Not Without My Anus was okay.

Season 3: I'd say this was the lowpoint of the series, but that's understandable since Trey and Matt were overwhelmed with making the movie. Not a lot of memorable episodes with the exception of Rainforest Shmainforest.

Season 4: A mixed bunch. More incredible episodes such as Timmy 2000 and Fat Camp but Pip easily takes the title of Worst Episode Ever.

Season 5: Perhaps the best season since the first. More of my favorite episodes come from this season, such as It Hits the Fan, Cartmanland, and Osama bin Laden Has Farty Pants.

Season 6: This season was also very good, despite Kenny's absence. Red Hot Catholic Love, Child Abduction is Not Funny and the arc where Cartman drinks Kenny's ashes were hilarious.

Season 7: While not as good as the previous two years, season 7 also produced some good episodes, particularly the second half. My favorites from this season include South Park is Gay! and Christian Rock Hard.

Season 8: Despite Trey and Matt calling this the "year from hell," Season 8 is by far my favorite. Too many winners for me to count but my favorite has to be The Jeffersons.

Retrieved from "https://southpark.fandom.com/wiki/User:KoopaKid17?oldid=290927"
Community content is available under CC-BY-SA unless otherwise noted.