"The Last of the Meheecans"

The United States Border Patrol, also known as the U.S.B.P., is a United States federal law enforcement agency. Its mission is to prevent and detect illegal aliens, terrorist and prevent illegal trafficking of contraband and people. It's only main role was in the episode "The Last of the Meheecans".

In "The Last of the Meheecans" the Mexicans realize that they would be better in Mexico rather in United States after they misinterpret Butters' desire to "cross the border" and rejoin his friends as a genuine desire to return to Mexico, and a mass exodus of Mexican immigrants soon begins. As more and more Mexicans leave, the Border Patrol is tasked with keeping Mexicans in the U.S. instead of keeping them out. USBP even starts recruiting volunteers but with minimal effect.

Volunteer 5 is seen in the episode "Where My Country Gone?" as one of Mr. Garrisons supporters near Niagara Falls. 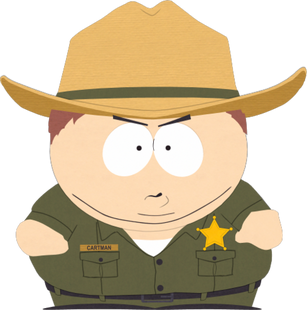 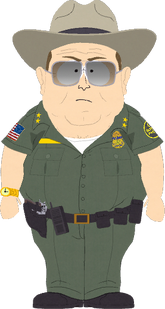 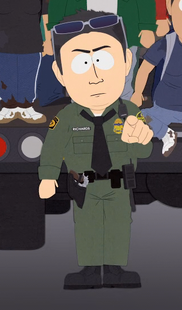 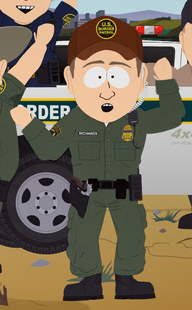 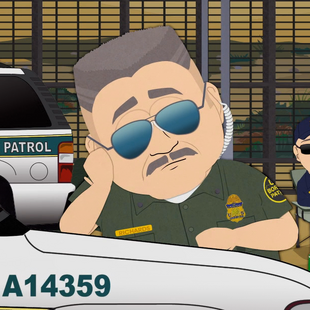 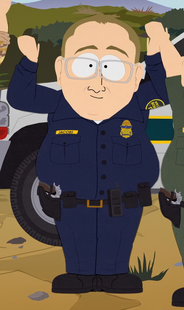 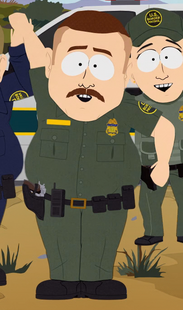 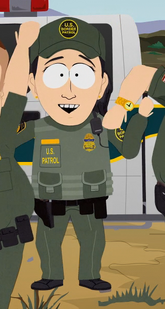 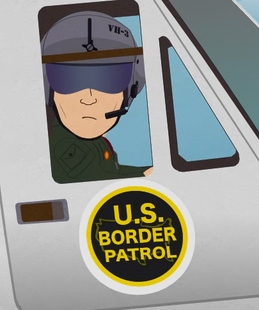 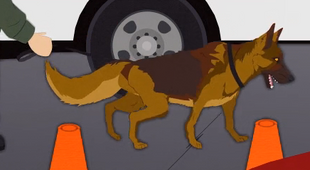 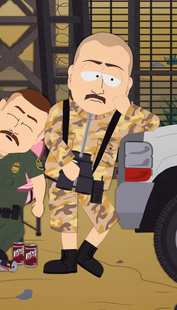 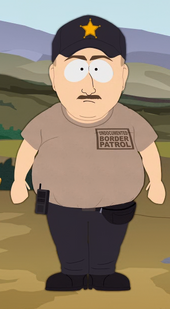 Volunteer 7
Add a photo to this gallery 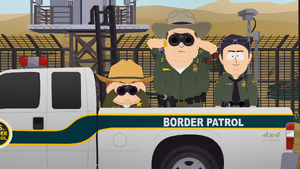 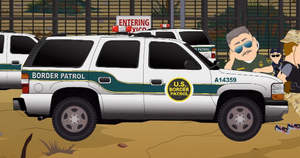 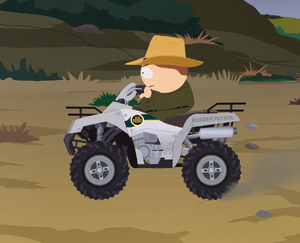 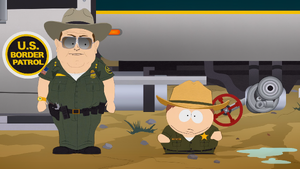 One of Border Towers on US/Mexico border

Mexicans climbing over the fence to get back to Mexico

Andrews and his Superior Officer confused about what is happening

Officer Andrews explaining the use of P-29 stun baton

"This is gonna be so fuckin' sweet."

Officer Richards spots immigrants trying to cross back into Mexico

Superior Officer commanding Mexicans to "Turn around and get back to work!"

Mexican surprised by what just happened

Mexicans experience electrical shock as 4000 watts go through their bodies

One of the Border Crossings between US/Mexico

Richards orders Mexicans to get out of a van

USBP looking for Mexicans in the Pacific Ocean

Cartman and Johnson looking for Mexicans in a helicopter

Shot of the border with all officers

Superior Officer (Division Chief) giving his thoughts: "When we asked Obama to stop illegal immigrants, we didn't mean to make the US so shitty they wouldn't wanna come anymore."

Andrews notices someone on the Mexican side of the border

They are all suprised about the news.

Superior Officer (Division Chief) cheering about Butters coming back to the U.S> and shouting at him to come in

Everyone shouting at Butters to come back to the U.S.

Butters celebrating his victory over Cartman

Retrieved from "https://southpark.fandom.com/wiki/United_States_Border_Patrol?oldid=363875"
Community content is available under CC-BY-SA unless otherwise noted.