Tegridy Farms Halloween Special is the fifth episode of Season Twenty-Three, and the 302nd overall episode of South Park. It aired on October 30, 2019.[1]

It's Halloween and Randy is dealing with his daughter's marijuana problem.[1]

The episode starts with Randy excitingly getting ready for Halloween and the Tegridy Farms Halloween Special. After being informed that Shelly has been in her room for two days, Randy goes to speak to her about her "marijuana problem". Shelly explains that she hates marijuana and she wants it to be illegal again. Randy fails to convince her that marijuana is good by claiming that Shelly's hero, Serena Williams, does marijuana.

At the Denver Museum of Nature and Science, Butters is collecting stickers and stamps from his sticker book. He realises he has one more to get, and goes looking for it. He finds it in the Mummy exhibit, but is confronted by the Old Farmer, who warns him that the stamp carries a curse. Butters explains that he's an archaeologist, and proceeds to put the stamp in his book.

Meanwhile, in the museum, Randy takes Shelly to learn about how the Egyptians used hemp for rope. Shelly berates him for falsely claiming that he just wanted some time with his daughter, when he actually wanted to teach her about weed. She then runs off, and he apologizes to the other patrons for her behavior.

At night, Butters is sleeping when something breaks into the house. Butters wakes up just before the mummy from the museum bursts in and starts breaking things in Butters' room. It then proceeds to hug Butters, and gives him a Fitbit. Butters thanks him but tells him that he already has a Fitbit, though he can give the present to a friend. The mummy gets angry and starts breaking stuff again.

Randy speaks to Towelie about Shelly and how hard it is with her problem. Towelie convinces him to forget about it, and shows him the Halloween Special weed that he's been cooking up. Randy tries it and really enjoys it and decides to throw a party for it. Meanwhile, Shelly cooks up a potion to destroy the Halloween Special, before proceeding to throw it on the product.

At South Park Elementary, PC Principal hosts an assembly about Halloween. He rants at the children about the offensive costumes he does not want to see, i.e. Moana. The mummy then bursts into the assembly and starts attacking everyone. Meanwhile, Mr. Mackey speaks to Butters about the mummy, leading Butters to question why the mummy is talking to everyone. Mr. Mackey explains that the mummy feels it can't do anything, while Butters can do anything he wants, and Butters realises the Mummy has already spoken to him first.

Randy sits outside the barn, upset that his Halloween Special is ruined. Towelie then comes over and brings Randy to the barn, showing him the special has grown and improved thanks to Shelly's potion.

Butters speaks to the boys about the mummy constantly attacking everyone then sending him selfies like nothing happened, explaining the mummy knows when he's having fun. Token reminds him that he's having fun now, which Butters agrees. The mummy then turns up and Butters goes out to talk to him.

Randy and Towelie get ready for their big Halloween party when Shelly comes in, telling Randy he needs to take her to the book fair. Randy refuses, since he's got to get ready for the party and he believes no-one cares about books on Halloween. In retaliation, Shelly destroys the stand where the weed was placed.

With nowhere else to turn, Randy takes Shelly to the Park County Police Station and asks if they can arrest Shelly for a bit, just so she can learn her lesson. The police agree, explaining to Shelly that a drug problem hurts everyone. In the cell, Shelly finds Butters, who locked himself up so he isn't to blame when the mummy attacks.

At the Halloween party, Randy is smoking weed in a hot tub with other partygoers, while Towelie goes to fetch some more weed. The partygoers notice something wrong with the weed and then start turning into plant zombies. He runs out, only to find Towelie running from something in the barn. The two go into the barn and find Winnie the Pooh back from the dead and out to kill.

At the police station, Randy calls up, telling them about monsters, zombies and Harvey Weinstein attacking the farm. Butters assumes it's the mummy, and the police leave with Butters to investigate.

The police turn up at the farm and get ready to shoot people. Shelly stops them and heads in to fix the problem herself. Randy and Towelie are still being chased by Winnie the Pooh and zombie cows. Shelly looks out and finds that the zombies aren't real and the duo are just so high they're hallucinating. Shelly then throws a potion on them, which stops the hallucinations.

Harrison Yates tells the police to put their guns down, since there are no real zombies. He then confronts Butters about blaming the mummy. Butters then goes to the mummy to apologize about his behavior. The mummy gives him a note and then drives off. One policeman translates the note to Butters as "I hope you can get the help you need. I can't fix you."

Randy wakes up three days later and tells his family he was saved by a "fat, bitchy angel". He asks if anyone liked the special, but finds out that only he liked it, explaining that was his "real target audience" anyway. He says he's glad that Harvey Weinstein didn't actually rape him, only to find a used condom, suggesting he did.

AV Club gave "Tegridy Farms Halloween Special" a "C+" rating saying: "Tegridy Farms Halloween Special had some good ideas, and plenty of great visual gags, but neither plot felt entirely satisfying. At this point, I’m wondering if he’s [Randy] truly oblivious, or if he’s become downright sociopathic, or some combination of the two. I’m intrigued to see how the final five episodes will go about answering that. As for tonight’s episode, it was an often-intriguing, yet ultimately muddled affair that could have been classic if it had just been a bit more focused."[2]

IGN gave "Tegridy Farms Halloween Special" a "7" rating saying: ""Tegridy Farms Halloween Special" is neither the best nor worst of South Park's numerous Halloween episodes. At its best, this episode delivers plenty of good, dumb fun as Randy's marijuana obsessions continues making everyone around him utterly miserable. But when it comes to the Butters storyline, this episode misses the mark with a character who very often rivals Randy as the show's most hilarious protagonist. We can only hope Butters will get a second chance to shine before the season is finished."[3] 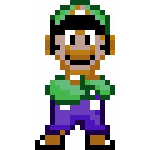 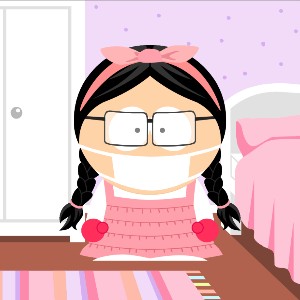 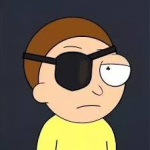