South Park: The Streaming Wars is the third short-form movie released on streaming service Paramount Plus. It debuted on June 1, 2022.

In South Park: The Streaming Wars, Cartman locks horns with his mom in a battle of wills while an epic conflict unfolds that threatens South Park's very existence.

In Denver, Colorado, the speaker states that due to ManBearPig, the state of Colorado was facing a drought, and declares that the city would be cutting back on its water usage. This is met with uproar from the audience members, including a man named Talnua Cussler, who raises concerns that the water shortage would affect the 12 golf courses he owned. The speaker goes on to explain that the city's water needed to be preserved for farms and agriculture. The scene then cuts to Tegridy Farms, where Randy Marsh and Towelie are seen using copious amounts of water for their crops.

In South Park, the boys ride home on the bus when it reaches Cartman's stop. Cartman tries to convince his friends to stay at his house for a bit, but they all decline due to the fact that he lives in a hot dog stand. Meanwhile, Stan and Tolkien are dropped off at their stop. Stan asks Tolkien if he can hang out at his house for a while, which Tolkien initially resists due to being worried about "Karen", but Stan convinces him and they both head inside. Randy stops them however, not wanting his son spending time with the rival family, causing Stan and Sharon to both call him "Karen". A man then pulls up and introduces himself as the water commissioner. He asks to see how much water the farms were using, and Randy tells the commissioner to check out Steve Black's farm first.

Cartman sings "Something Cool to Happen to Me", lamenting the fact that he now lives in a hot dog and gets made fun of for it. He wishes for something cool to happen, and as the song ends, a car pulls up across the street. Mr. Cussler and a realtor emerge, discussing purchasing the property. The realtor speaks of the potential the land could have for building a home, though Mr. Cussler is only interested in the streams nearby. Cartman, overhearing the conversation, decides to come up with a plan to move into Cussler's home.

Back at Tegridy Farms, Randy calls Shelley into his office. He questions her on why everyone has been calling him "Karen"; Shelley explains that it is a derogatory name to describe an entitled white person. This upsets Randy, who begins berating Shelley, before he spots the water commissioner inspecting his fields outside. He confronts the man outside, who informs him that he could make money by leasing the water from his stream.

Steve and Linda, who were given the same offer, discuss this from inside their house. They try to figure out how to prove that their stream leads to the Denver Reservoir, prompting Tolkien and Stan to give them the idea of building a boat to show where the stream leads. Steve commissions the boys to make a popsicle stick boat for this purpose, and it works, leading Steve to start up a subscription "streaming" service for people to use his water. They are informed that they would need to prove that the flow of water is constant, so Steve offers the boys money to make boats for him, which they gladly accept.

After brainstorming, Cartman comes up with a plan to get Mr. Cussler to like his mom. He drags Liane to the kitchen and sits her down before revealing his plan, that being to get her breast implants. Liane is upset by his plan, and states that even if she wanted to get the surgery, they could not afford it. Cartman finds out that such a surgery that would cost $10,000, so he leaves, saddened.

At the Park County Police Station, Harrison Yates picks up a call from Randy, who is enraged that Tolkien was at his house. Yates questions if the boy is trespassing, but finds out that he was actually invited in by Stan. Yates hangs up, leaving Randy frustrated. He goes into his kitchen where Stan and Tolkien are eating lunch, wondering how Steve Black managed to prove that the stream leads to the Denver Reservoir. Upon stating that he would pay the person responsible double, the two boys offer to make him boats as well. The next day on the bus, Stan and Tolkien convince Kyle and Kenny to join them in making popsicle stick boats.

Cartman walks in on the boys building popsicle stick boats at recess. They cover this up by stating they were just racing them, which Cartman buys and instead asks them if they knew how to raise money for his mom's surgery. The boys, misunderstanding Cartman, offer to let him build boats with them for a cut of the money.

This quickly gets out of hand, and as Stan and Tolkien rush to buy more supplies, they run into Mr. Cussler. He offers to give them $15,000 for 10,000 boats; Tolkien tries to decline this, feeling like they already took on too much, but Stan says that they will do it. They return to Kyle's house, informing the rest of the group of the deal they made. At first they are excited about the money, but Kyle reminds them of Cartman's mom's surgery. They all offer to give Cartman a cut of their money to help out, which he accepts graciously.

At Steve's farm, he realizes that he has run out of water. He overhears on the news that the drought was much worse than expected, leading him to investigate. Hiking up the mountain, he finds that much of the snow is melted, alongside many signs for property that had been bought. Upon finding a dying realtor, Steve questions him about what has happened, and the realtor recalls that they had been selling property nonstop. Steve realizes that they had all been buying out property near streams to get into the "streaming" business; he berates the realtor for selling the property, before watching him die. Randy discovers an army of boats floating downstream with a "Cussler Industries" logo on them.

Cartman, having raised the money thanks to the boats they made for the streaming services, leads his mom blindfolded into a hospital room. He takes off the blindfold, proclaiming that she would be able to get breast enhancement surgery after all. She refuses, which enrages Cartman, and he tries to force her to. When she does not give in, he states that he would run away and live with his grandmother and leaves, telling the doctor to keep the fake breasts ready.

Randy confronts Stan about making boats for other streaming services, presenting the Cussler Industries one he found, to which Stan responds that they just made boats for whoever wanted them and that Cussler gave them a lot of money. He is told that he would have to find Mr. Cussler and decline the offer to make the boats.

At the hot dog stand, Cartman is packing things into a bag to prepare to leave. He tells his mom that he is leaving, and Liane allows him to. Seeing that she was still adamant about not getting breast implants, he reveals that he would not be running away and would instead be getting the breast implants himself. Liane is concerned by this but does not fight him on it. Cartman slowly leaves, waiting for his mom to change her mind, which does not happen.

Across the street Randy and Stan knock on Mr. Cussler's door. The realtor answers, telling them that Cussler is unable to speak with them. When pressed by Randy, he informs them that Mr. Cussler was killed by ManBearPig. Shocked, Randy runs around back to the crime scene, finding Cussler's mutilated corpse. Yates explains that ManBearPig likely killed Cussler to get vengeance on him for taking advantage of the water supply. Randy wonders if ManBearPig would want revenge on Stan as well, which leaves him frightened.

Steve Black approaches one of his streaming customers, Pi-Pi, at his waterpark to tell him that he would have to cancel the service. Upon asking for the water rights back, Pi-Pi refuses. Steve threatens to call the water commissioner, but Pi-Pi reveals that he had been working with him the entire time. Steve resigns to beat them both up, but then ManBearPig enters the room, having been working with them as well. ManBearPig pins Steve to a wall and stabs him with a switchblade.

At the hospital, Cartman wakes up to find that the surgery was successful. Liane has been waiting for him, and recalls that he had been very insistent on getting the surgery. She leaves to go grocery shopping, leaving an angry Cartman at the hospital stating that he would go to school with the fake breasts.

The next day at school, Stan tells the other boys about Mr. Cussler's murder and that he wants to quit making boats for streaming services. He states that he had been greedy and never should have gotten involved, but Kyle reminds him that the money had gone to help Cartman's mom. Cartman then shows up with enlarged breasts, stating that his mom has been acting weird. The boys question why he had fake breasts, and he claims that it was not a choice. Tolkien then receives a phone call from his mother, discovering that his father is missing; Cartman uses this to prove his point about the parents acting strange. 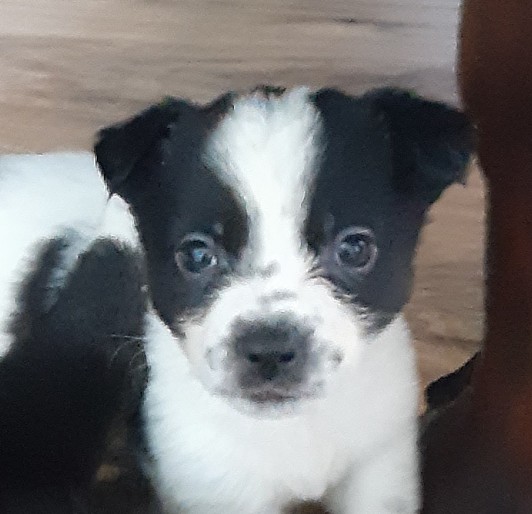