South Park: Phone Destroyer is a free-to-play collectible card game developed by RedLynx and published by Ubisoft. It was released for the iOS and Android platforms on November 9, 2017.

The boys are unable to decide on what LARP game they should play. Cartman, dressed up as Sheriff Cartman interrupts the agitated kids to suggest that they play "Cowboy vs Indians" and invite the New Kid to help the Cowboys finally defeat the Indians. He facetimes New Kid and urges him/her to come meet them and to wear cowboy clothes and bring their phone. Cartman briefly guides the New Kid on the first few stages of story mode. As the New Kid progresses through the Adventure theme to defeat the Indian kids led by Stan of Many Moons, the latter runs away and seeks help from the pirates. New Kid manages to overpower all of Stan's cards and eventually defeat him.

The New Kid is then contacted by Cartman dressed as A.W.E.S.O.M.-O 4000, claiming that there is a war between robots and aliens, which eventually leads to the New Kid defeating Cyborg Kenny, who claims to be the "True" Phone Destroyer. Shortly in between stages The New Kid is introduced to PVP, by "Don King" Butters. Kyle contacts the New Kid and tries to warn then that they are being used by Butters and Cartman. Kyle immediately ends the call before Cartman can see him calling the New Kid.

The boys find out that the New Kid has severely beaten up Kenny to the point that they have killed him, to which Sheriff Cartman shows no regard and wants the New Kid to play with the cowboys again. Kyle gets frustrated at Cartman's eagerness to trick the New Kid into phone addiction, and leaves to go back to his "Spiritual roots". Cartman feels threatened and later dresses up as Zen Cartman, tricking the New Kid to fight against the Master Ninjew and his army of gods and religious warriors.

New Kid sides with Zen Cartman and manages to defeat the Master Ninjew, resulting in beating up Kyle so severely that he agrees to shut up and join Cartman again.

Butters suddenly contacts New Kid and gets them to play PVP. Sheriff Cartman interrupts Butters and tells him to change his costume, to which Butters responds by changing into Paladin Butters, and rejoices in using New Kid to kill the Wizard King and take over the throne for himself.

Main article: Combat in South Park: Phone Destroyer
South Park: Phone Destroyer is a card-based RPG game. The New Kid has the ability to summon units from the cards in their hand and the goal is to defend their tower and conserve their HP bars. Matches heavily rely on the player's deck, strategic placement and timing of cards and level of cards. The New Kid's level gives a slight advantage/disadvantage in combat.

Each deck can carry 12 cards and is restricted to a maximum of two themes. However, the Neutral theme is the exception to this rule. Adding a card that does not belong to that deck will cause the game to ask the player if they would like to replace one of the current themes with the one they are trying to add.

Each card costs energy, and can be played when the player has sufficient energy. During a game, the player starts off with 8 energy and will gain energy constantly. They can accumulate up to 10 energy, after which no more will be gained.

5 cards will be made available on hand, and will replenish as the player plays their cards. Once a character is played, they will target the nearest enemy unit that is within their range, and will not change target until the unit is defeated, or when an ability (such as Taunting from Zen Cartman is activated). While the characters themselves cannot be controlled on the battlefield, some may have abilities which can be used when available.

The player's health and attack is dependent on their current level. The player's health is also divided into three equal bars. Each time a health bar is depleted, the player will send a shockwave which inflicts damage and knockback on all nearby units.

Upon victory, the player will be taken to a loot locker interface, where they can open 3 lockers to receive various rewards such as coins, PVP tickets, materials, and cards. The player may also choose to spend premium currency (in the form of "Cartman Cash") or watch a video to open additional lockers.

There are three types of currencies used in the game.

Each card starts off at level 1 and may be upgraded to a maximum level of 7. Each upgrade costs coins, cards, and materials of 3 types (bronze, silver, and gold). Excluding spell and trap cards, each level has a fixed number of upgrades required.

All materials are restricted to one theme. They can only be used to upgrade cards from their respective themes and are not interchangeable.

Card upgrades award experience, which in turn can upgrade the New Kid's health and attack.

There are currently two shops, namely Cartman's Daily Shop and Butters' PVP Shop, that sell various items using coins or PVP tickets. Each shop offers 4 different items which last for 24 hours. No legendary cards will be available for sale.

Each time an item is bought, the price will increase by the item's base price. For example, a bronze upgrade material at a base price of 5 coins will cost 5 coins for the first item, 10 coins for the second item, 15 coins for the third item and so on.

Card packs can earned through the daily shop, PVP, or purchased with cash. They contains various items such as in-game currencies, cards, and upgrade materials.

Some packs that are purchasable with real money are made available for a limited time, and can be accessed through a "Big Offer" button on the top-right corner of the interface. These offers reset at 12:00 UTC (summer) or 13:00 UTC (winter).

Players with at least 1000 skill rating may organize or join a group known as Teams, as a means of discussing game strategies and socializing with other players.

Players may engage in friendly PvP battles with members of their own Team, albeit with modifications to the New Kid's levels (therefore, health and attack) and card levels (depending on rarity). These do not affect skill rating.

Players may also use this feature to exchange cards with others. Donating cards award experience at a rate of 2 exp and 5 coins per common card, and 6 exp and 15 coins per rare card.

Each Team may carry a maximum of 50 players. Leaders may adjust the joining requirements (level or skill rating), open/close status, and their Team's focus as required.

Players may customize the New Kid's appearance to their preferences. Most cosmetic items are unlocked through completing the game campaign, or bought from Butters' PvP shop. 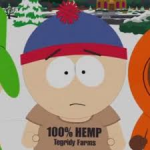