Chef's Luv Shack is a party video game, featuring quizzes and mini-games.It was first released in 1999 for the N64, PlayStation, Dreamcast and PC. The game features many voices from the show such as Isaac, Matt and Trey, features a wide variety of Mini Games and features all of the south park characters in one way or another, though you can only play as Cartman, Stan,Kyle, or Kenny. 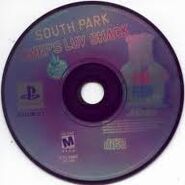 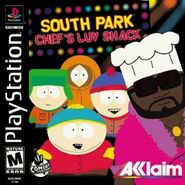 Add a photo to this gallery
Retrieved from "https://southpark.fandom.com/wiki/South_Park:_Chef%27s_Luv_Shack?oldid=124171"
Community content is available under CC-BY-SA unless otherwise noted.