The Shake Weight is a piece of exercise equipment that was spoofed in the Season Fourteen episode, "Crème Fraiche". Shake Weights are modified dumbbell devices that increase the effects of exercise. Shake Weight has received controversy and heavy media attention during its release due to the fact the device is "pumped" during its use and has been labeled slightly pornographic by some media outlets. 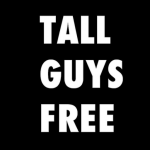