"Safe Space" is the fifth episode of Season Nineteen, and the 262nd overall episode of South Park. It first aired on October 21, 2015.[1]

Cartman is the latest victim of body shaming.[1]

Eric Cartman is shown crying after receiving negative comments for his appearance in a picture he posted online of himself wearing only underwear and lifting weights. PC Principal suggests having another student filter out negative comments on Cartman's social media accounts and having copies of only the positive comments on the paper. Cartman agrees and asks Kyle Broflovski, Wendy Testaburger, and Butters Stotch to filter out the negative comments, with PC Principal threatening to give detention if they refuse. Kyle and Wendy refuse and are given two weeks of detention while Butters only agrees because his parents would ground him if he got detention.

Meanwhile, at Whole Foods Market, Randy is pressured by a cashier to give additional money for poor starving children while paying for groceries. The cashier continues increasingly pressuring him to make donations in his subsequent visits until he finally makes a donation but is then pressured and embarrassed more by the cashier for only giving one dollar to charity.

PC Principal invites Steven Seagal to give a lecture on body shaming and Seagal admits that he has also been a victim of body shaming like Cartman has been. PC Principal forces Butters to help Seagal in the same manner he has been helping Cartman. Eventually, Butters is filtering negative comments for an increasingly large number of people, including Demi Lovato, plus-size models, and Vin Diesel. He stays awake late at night and loses sleep filtering out negative comments on everyone's social media accounts.

Randy films a public service announcement highlighting poor starving children in a shantytown showing his support to make the supermarket a safe space. Cartman, Randy, and others sing a song in a video montage about their safe space, with the song introducing a villain character named Reality who threatens to destroy their safe spaces. Randy and others make a new commercial to support a Shameless America campaign, where citizens are not criticized for any of their attributes or actions. In order to get the Whole Foods Market cashier to stop asking him for donations, Randy announces that he is hosting a charity dinner for Shameless America.

Meanwhile, Butters begins having hallucinations where he sees Reality threatening him due to his lack of sleep and overexposure to negativity. This leads to him jumping out of a window at school and he is hospitalized. The charity dinner, hosted by model Gigi Hadid, is disrupted by Reality who insults the guests and makes people realize Butters' condition. In response, they make a new PSA where the money raised from the charity is spent on iPads which are given to poor starving children so that they can filter negative comments from everyone's social media and give everyone a safe space. At the town center, the citizens opt to have Butters publicly execute Reality by hanging him in a gallows.

AV Club gave "Safe Space" a "B+" rating saying: "As cultural snipers, Trey Parker and Matt Stone have never been afraid to widen their rifle scopes during South Park. An episode may start out by making fun of a specific group of people before the creators step back for a more expansive field of vision, keeping their original targets in their crosshairs while setting their sights on some new folks, too. More often than not, these new targets end up being exactly the same as the old ones, even if it didn’t appear that way at first. It’s a strategy that, on top of being comedically surprising, often forces the viewer to keep their own feelings of superiority in check."[2]

IGN gave "Safe Space" a "7.3" rating saying: "This week's South Park took on the subject of shaming with some success -- specifically with Randy's storyline, which was highly amusing. Meanwhile, Cartman's fat-shaming subplot was okay, but it felt incongruous with the aforementioned Randy storyline, resulting in a vague stance on the creators' part. However, this episode also included a catchy song-and-dance number, "Safe Space," which gave Cartman's storyline a boost. Meanwhile, "Reality" was a nonstarter."[3] 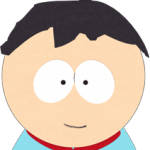 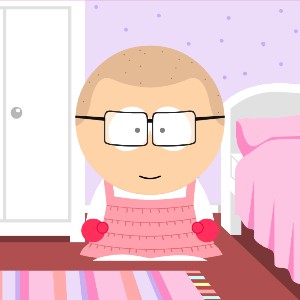