Photographer appeared first in the episode of the first season, "Tom's Rhinoplasty".

his only other appearance was in the episode of the Season Four , Cartman Joins NAMBLA.

he is the main photographer of Photo Dojo , he took photos of Mr. Garrison in "Tom's Rhinoplasty", he also takes pictures of Eric Cartman to be the poster boy of NAMBLA in "Cartman Joins NAMBLA".

He wears a brown vest, gray pants and black shoes. 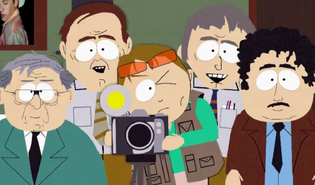 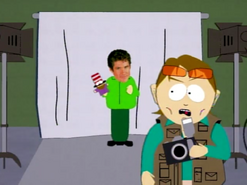 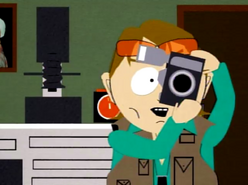 Retrieved from "https://southpark.fandom.com/wiki/Photographer?oldid=352455"
Community content is available under CC-BY-SA unless otherwise noted.