Mount Evanston is a dormant volcano near South Park, it appears in Season One episode "Volcano". It is where Scuzzlebutt resides.

The boys go on hunting with Jimbo and Ned in areas near Mount Evanston. Unfortunately, the volcano awakens and comes to an active state without being noticed by the group. Soon the volcano erupts and thanks to Scuzzlebutt, the group got saved.

Townspeople dig a trench so that lava can be diverted into a canyon, but what they wouldn't have thought of is that the canyon directly leads to Denver, so as a result Denver is victimized.

Mount Evanston is a conical volcano which has a large snowcap, the massif is dark green and sometimes it changes color to brown. Mount Evanston appears to be much higher in altitude, than surrounding mountains, which makes it viewable from South Park town. 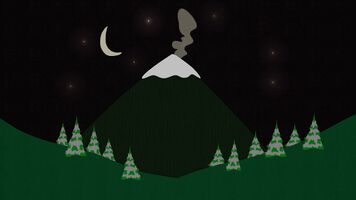 The volcano belches at night 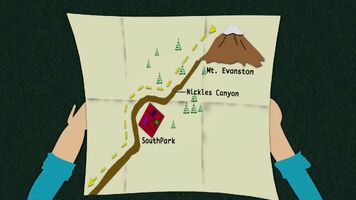 A map of nearby area 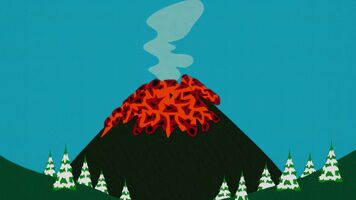