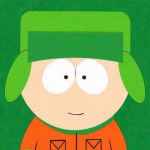 Hey there, <insert name here> Welcome to my message wall! Message me with any comments, advice, suggestions or questions you may have, and I will try my best to back to you within 24 hours. Thank You. I can also be reached on Slack, Discord (HighJewElfKing #3447) and on Community Central. Please don’t message me on any other wiki besides Central if it is a South Park Archives issue.