This is the image gallery of Kenny McCormick. 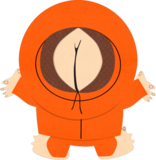 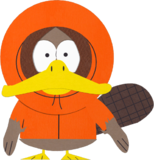 Getting Gay With Kids Kenny 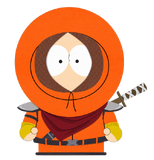 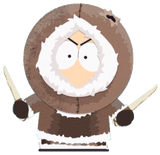 The Original Kenny from Jesus vs. Frosty where he was nameless.

Photo realistic version of the four boys. Kenny is on the far right.

Kenny as a metrosexual in "South Park is Gay!".

Kenny in his second Metrosexual outfit.

Kenny on the South Park baseball team in "The Losing Edge".

Kenny as a pre-schooler, seen in "Pre-School".

Kenny in The Spirit of Christmas (Jesus vs. Santa).

Kenny as Blanket Jackson in "The Jeffersons".

Kenny with scarf (on right) next to Butters in episode "Margaritaville".

Kenny as a ninja in "Good Times with Weapons".

Damien Thorn turned Kenny into a duck-billed platypus in "Damien".

Kenny as a platypus shot dead by Jimbo.

Kenny in a blue suit from the episode "The F Word".

Kenny as an Angel as seen in "Mr. Hankey, the Christmas Poo".

Kenny after killing himself sacrificially in "Super Best Friends".

Kenny almost killed by a lava rock in "Volcano".

Kenny getting skewered onto a flagpole in "Weight Gain 4000".

Kenny thrown into a wall by an opposing Chinese game player.

Kenny thrown into the microwave by Clone Stan Marsh.

Kenny with his butt as a face on a milk carton shown by Cartman.

Kenny scraped to death against the road in Fourth Grade.

Kenny, Butters, Craig, Clyde, and Token listening to a speech given by Stan, Kyle, and Cartman about the girl's list in "The List".

Kenny and his girlfriend, Tammy Warner.

Kenny and Tammy at lunch.

Kenny at a Jonas Brothers concert.

Kenny in his wrestling uniform, seen in "W.T.F.".

Kenny pierced by the horns of a bull.

Kenny and his crush, Kelly.

Kenny and Cartman fighting over a "Pengin" chinpokomon.

Stan and Cartman tying Kenny to a flagpole, attempting to get a baby tooth.

Kenny playing baseball with his father.

Kenny injuring his father, trying to prevent him from getting his mom pregnant.

Kenny trying to reinact his script, along with Kyle, Cartman, and Stan.

Kenny dying, most likely from being kicked in the testicles one too many times.

Kenny playing World of Warcraft while his parents fight.

An obese Kenny in "Make Love, Not Warcraft".

Kenny riding with the hot girl when he was high in "Major Boobage".

Kenny getting chopped up by an electric fan in "Sexual Harassment Panda".

Kenny trapped in a river with cement blocks attached to his feet.

Kenny reborn as a baby for the 52nd time.

Kenny about to explode from an excessive dose of antacid tablets.

Kenny after exploding from an excessive intake of antacid tablets.

Kenny about to give his grandfather a massage.

Kenny, Cartman, and Stan in boyscouts.

Kenny about to get a sock bath in "Lice Capades".

Kenny riding with the hot girl.

Kenny fighting a battle for Heaven.

Kenny hit by a flare and burnt to death-ish in "The Red Badge of Gayness".

Kenny with a chandelier on top of him.

Kenny dead after crapping himself to death in "World Wide Recorder Concert".

Kenny in the spotlight.

Kenny on his death bed, seen in "Kenny Dies".

Kenny, Cartman, Stan, and Kyle playing a board game.

Kenny and Cartman playing with toys in "Cherokee Hair Tampons".

Kenny (and other kids) dead in "The Wacky Molestation Adventure"; source of death is unknown.

Kenny calling from Mexico in "Probably". 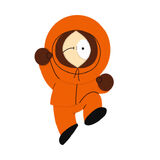 Kenny crushed by a stage light in "Helen Keller! The Musical".

Kenny smoking, seen in "Butt Out".

Kenny listening to Butters read out the new iPad updates' terms and conditions.

Kenny and the rest of Fingerbang scoring some chicks in their video.

Kenny getting high on life in "Major Boobage".

Two photos of Kenny unhooded at Stan's birthday party, in "You're Getting Old".

Kenny seen unhooded at the pool in "Broadway Bro Down".

Kenny's reenactor in "I Should Have Never Gone Ziplining".

Princess Kenny in South Park: The Stick of Truth. 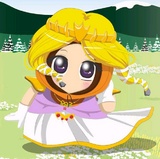 Princess Kenny in "A Song of Ass and Fire" after becoming an official Japanese princess.
Add a photo to this gallery
Retrieved from "https://southpark.fandom.com/wiki/Kenny_McCormick/Gallery?oldid=437682"
Community content is available under CC-BY-SA unless otherwise noted.