This page contains trivia for "Cartman Joins NAMBLA". Remember, trivia must be factual, provable, and it is always best to cite your source for not-so-obvious trivia. If you would like to dispute a trivia point, please discuss it in the article comments. 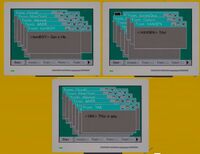 Retrieved from "https://southpark.fandom.com/wiki/Cartman_Joins_NAMBLA/Trivia?oldid=331614"
Community content is available under CC-BY-SA unless otherwise noted.