Captain Hindsight, whose name is Jack Brolin, is a news reporter and former superhero who first appears in the Season Fourteen episode, "Coon 2: Hindsight".

Jack Brolin, a news reporter, wanted to improve his hindsight by using an experimental machine. However, a retroactive spider got into the machine and his hindsight was blasted to superhuman levels. He became known under the pseudonym, Captain Hindsight, as he fought for peace and the American way with his 3 companions, Shoulda, Coulda, and Woulda.

Captain Hindsight first appears when there is a fire at an apartment building. Coon and Friends come to help stop the fire, but before they can help, Captain Hindsight arrives. He "helps" the people in need by lecturing them about what they did wrong to get into a certain accident and what methods they could have used to avoid it, instead of actually rescuing them. Despite this, civilians still feel much better afterwards. He does this again when BP drill a hole in the Gulf.

He was personally invited to superheroes group Coon and Friends by Cartman, but he refused to join, therefore, Cartman frames him for having sex with Courtney Love, however, the pictures were actually of Butters in disguise and a hobo with Captain Hindsight's face Photoshopped onto it.﻿ Partly because of this, but also due to the constant pressure he felt, he removed his special ability through the machine he gained it from in "Mysterion Rises", and went back to work as a correspondant again.

Captain Hindsight is the only superhero in South Park to wear an actual, typical superhero costume, which is not made up of other mix-matched clothes. His hair is black with a single curl on his forehead, whilst his head is shaped closer to a regular person's than the rest of the cast, with a slight cleft chin. He wears a yellow base suit, with red briefs over it, which has a black H emblazoned on his chest, with a blue eye above it. Around his waist is a plain red belt, with a red buckle. He covers his hands and feet with a pair of matching gloves and boots, as well as adorning a red cape, which bears his symbol on the back. Overall, his appearance is very similar to Superman's, with yellow replacing blue and a different symbol.

As Jack Brolin, he wears a blue jacket and matching pants, with a white shirt complete with tie, due to his career as a reporter, another allusion to Superman.

Perfect 20/20 hindsight is the power that Captain Hindsight is most associated with. With his natural hindsight abilities raised to superhuman levels, due to an accident with a retroactive spider, Captain Hindsight can immediately know how an event could have been avoided just by looking at the scene. As it is perfect hindsight, it may give him knowledge that he did not already have, such as building designs, to work. However, this power appears to force him to know how things could have been stopped and express it vocally, as he is seen muttering to himself when he was talking to Mysterion, leading him to label it as a curse as he cannot save the people anyway. The greatest weakness to this power as Hindsight demonstrated, is the fact the ability only works after the action has occurred, which more often than not makes him regret doing the action in the first place and second guesses every action he does.

His only known, typical superpower, Captain Hindsight adopts a Superman pose as he flies. He appears to be able to move at superhuman speeds, as he is able to appear at catastrophes shortly after they happen.

It is also revealed he has shmoo-like sidekicks named Shoulda, Woulda, and Coulda (all references to his Hindsight ability); however none of them had made an appearance or was even mentioned during the actual events of the episodes beyond that first introduction. So what they are capable of or what they even are is never revealed.

Jack can be found working in the South Park Gazette office. The New Kid can take a selfie wth him after activating abilities from four different classes. 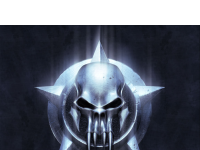