@DyaboytheSBSPfanboy Kyle does love Ike though?? He also learned to be a better brother later on.

Cartman is Trey and Matt’s favorite character, so, it’s understandable that they want him to be the star of almost every single episode.

However, in the games(most notably South Park: Stick of Truth), we see that Cartman is ridiculously nice with the New Kid while Kyle is terribly mean to him, look, i don’t care if was because the New Kid was Cartman’s ally, but this was pretty much a dick move of the creators to depict Kyle as this tyrannical boss.

Since Cartman is now a benevolent boss and the fan-favorites Kenny and Butters are in his team, it’s much easier for the player to choose side with Cartman and the fact that Kyle only appeared in the middle of the game, certainly don’t help.

The problem is that there’s no healthy bond between Kyle and the New Kid, it’s also strongly implied that Kyle is only using the New Kid to compete with Cartman.

And this is kinda out of character.

I know Kyle was shown to be a jerk before, but he’s the only character to not really care about the New Kid’s safety, he’s just being an asshole to him and doesn’t give a shit about him getting hurt.

Last year i made a post asking if Kyle should get his own spin-off, but lots of people were against the idea.

I think if Kenny or Cartman had a spin-off, people would definitely watch it, but if Kyle was the star of the show, they wouldn’t watch it.

I tried to develop a concept of a Spin-off centered on Kyle and his family, but i’m not Trey Parker and Matt Stone, so, i think it would be better if they fully develop and create the concept of a future Kyle Spin-off.

Kyle Broflovski
A reply to BlackGiro
5

@HerbiMetal Cassie is the only character that display some similarities with Cartman.

I’ve seen a fan animation on YouTube called North Park, so, i decided to create my own South Park fan series too, but this time, it’s a series of comics instead of a web animation...and the main characters are girls because most South Park AUs tend to be largely boy-centric and would be refreshing to have an all-female main cast instead of the usual primarily male cast.

Middle Park: a sitcom aimed at older audiences that tells the story of five 4th grader girls, Jane Sanders, a dainty and polite girly girl, Cassie Sanders, who is Jane’s twin sister, but is a bit more of a tomboy and is a handyman, Darla Collins, a filmmaker wannabe who happens to be the token black girl, Bianca Pike, an airhead yet well-meaning farm girl who is obsessed with agriculture, gardening and playing the banjo and Rosalie Thomas, a sweet and determined chubby girl who is a star athlete in spite of her large physique.

They often experience typical situations of 10 year old girls, but at the same time, they also occasionally partake in bizarre misadventures, the series deal with mature theme such as bullying, racism, sexism and sexual harassment. 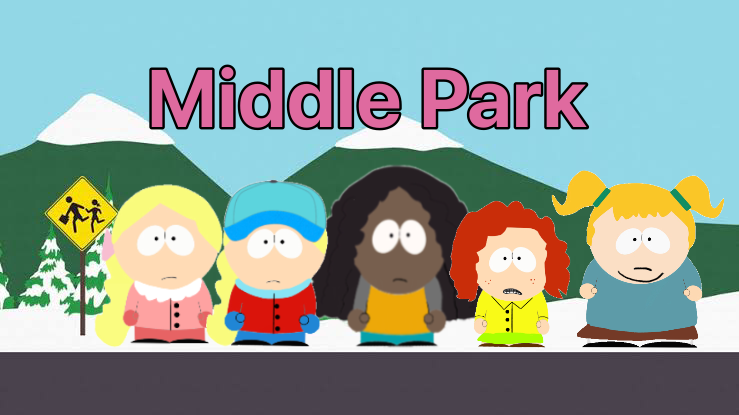 I’ve noticed that quite a few fictional works feature some characters that are very similar to the South Park siblings.

Manny Heffley from Diary of a Wimpy Kid probably was based on Ike Broflovski, since they’re both annoying toddlers who are smarter than they appear and tend to babble a lot, except that Kyle and Ike grew to be closer in later seasons and unlike Greg, Kyle truly loves his baby brother.

Terrence from Foster’s Home for Imaginary Friends is just the male equivalent of Shelly Marsh, except that Terrence has no redeemable qualities.

Eddy’s brother from Ed Edd n Eddy is a much meaner Scott Tenorman.

D.W. from Arthur often show some similarities to Tricia Tucker, since the latter is generally portrayed as being the bratty, sassy little sister type by many fans and these personality traits are canonically hinted in Tweek vs Craig and South Park: The Fractured But Whole.

The only South Park siblings that i couldn’t find any similar character are Kenny’s, especially considering that Kevin rarely appear in the show and Karen’s personality is very one-dimensional.

I want to declare that i officially decided to leave the South Park SubReddit.

Not because i’m no longer interested in SP, it’s mostly due to the fact that this SubReddit has became mainly a shitposting Community with grown ass men being obsessed with the jokes of the show and calling those who are rightfully upset with some of the jokes a "Snowflake".

Also, ever since Randy took over the show in Season 23, there are people in this SubReddit who genuinely liked this idea, they should literally rename the SubReddit "Tegridy Farms", because that’s what this server is about nowadays.

and the posts are generic as fuck, when it’s not a Randy-centric post, is usually a joke post or a bland reference of the show, very few current posts are interesting.

I quit the SubReddit back in late 2019 and made a few brief returns roughly around the beginning of this year, but i finally want to NOT return to this SubReddit anymore.

@Ftyvv The only reason why Cartman is often proven right is because he’s Trey and Matt’s favorite character.

I’m trying another Vector graphics program that is kinda similar to Inkscape, it is Vectornator, it’s mainly an iOS free app, but it’s very useful. 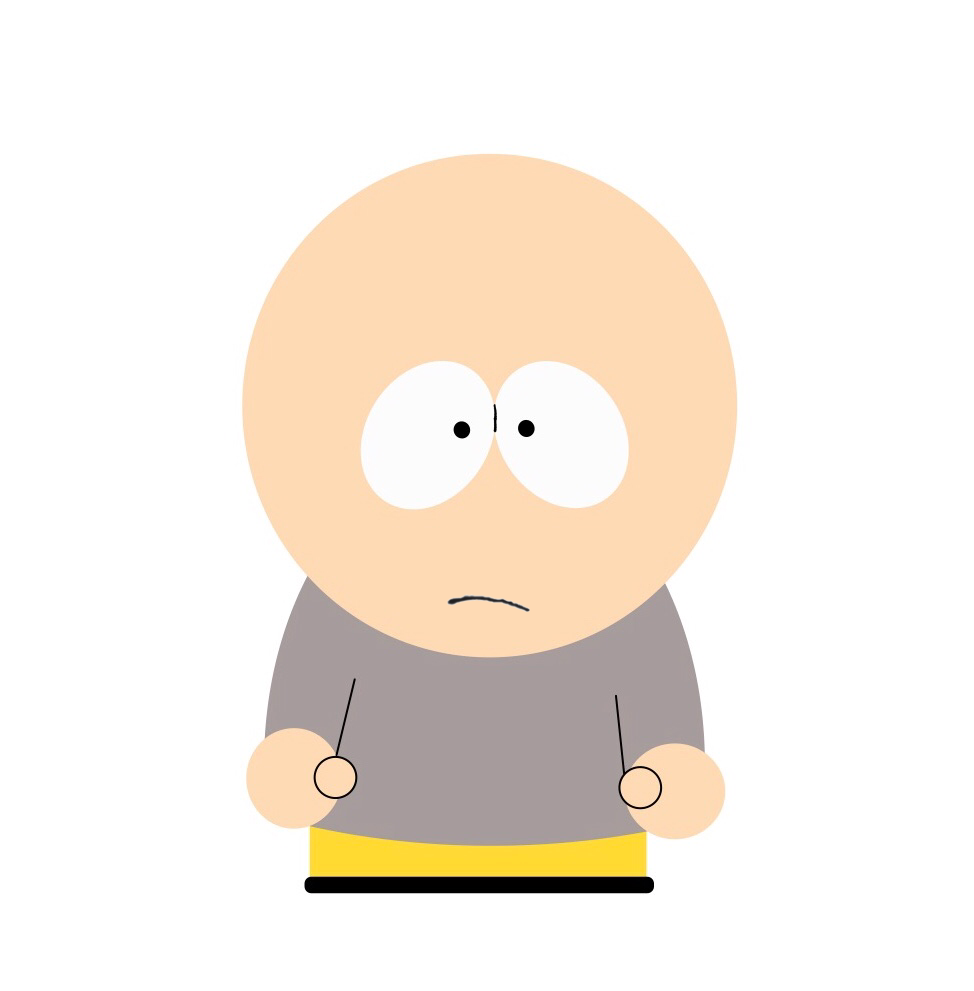 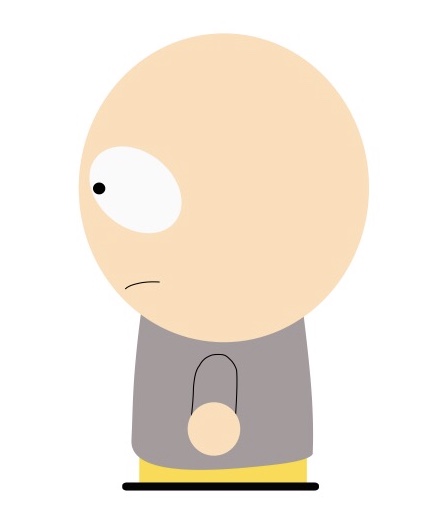 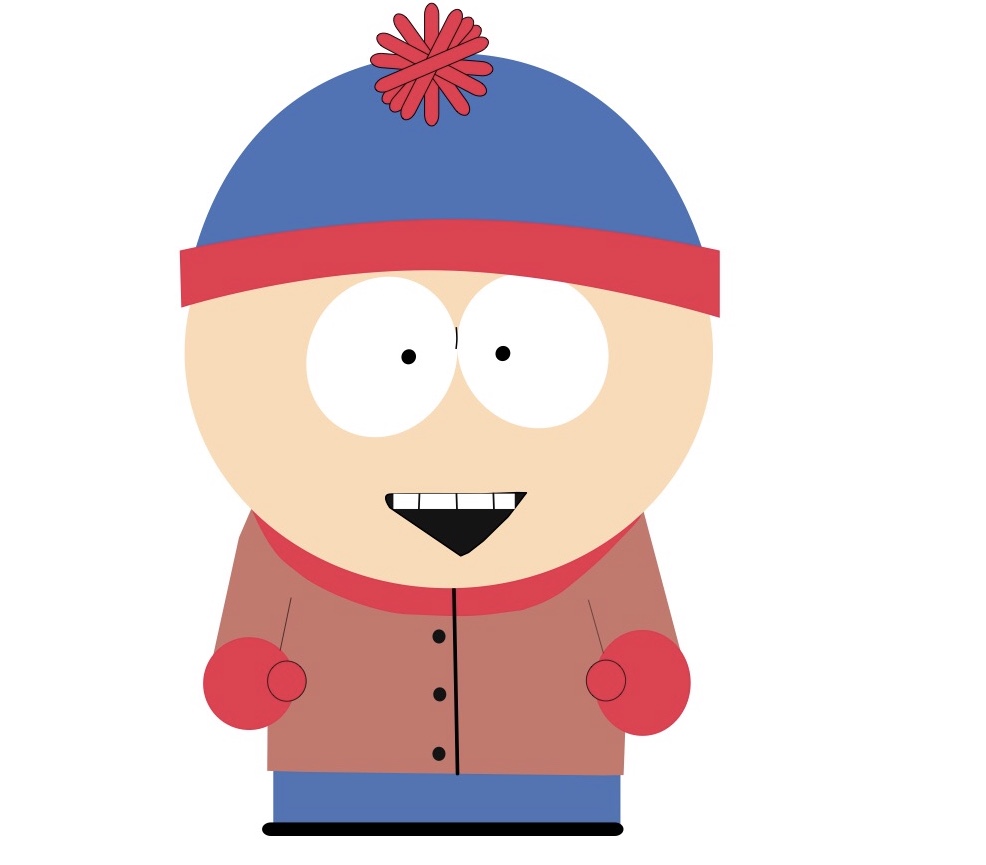 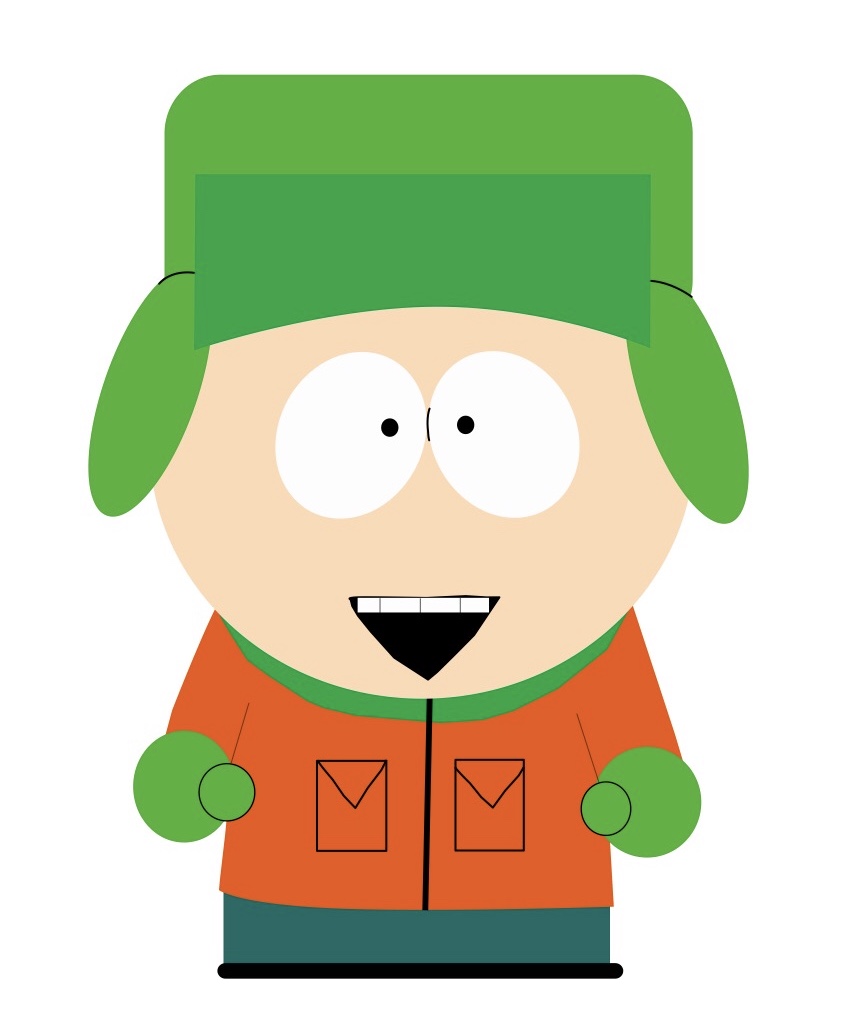 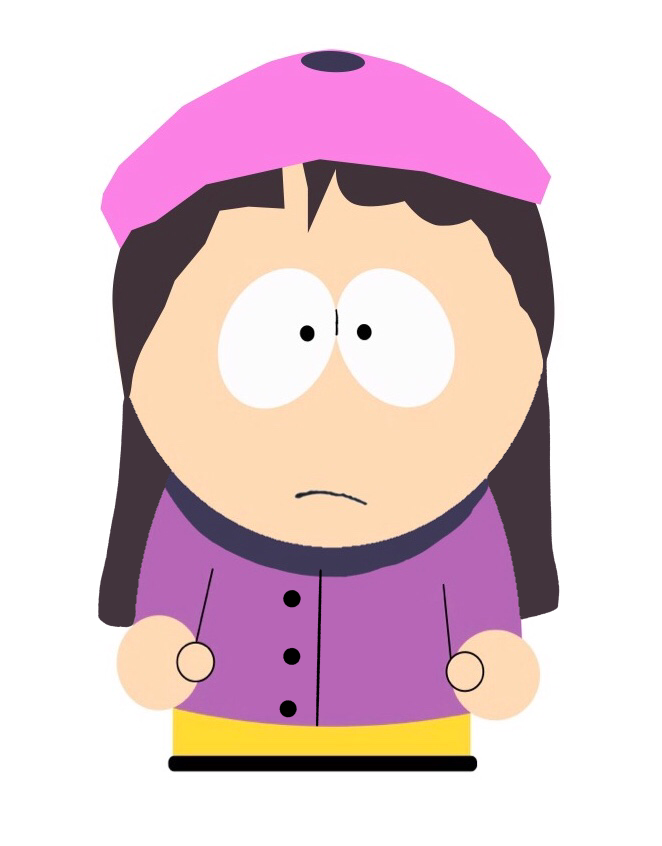 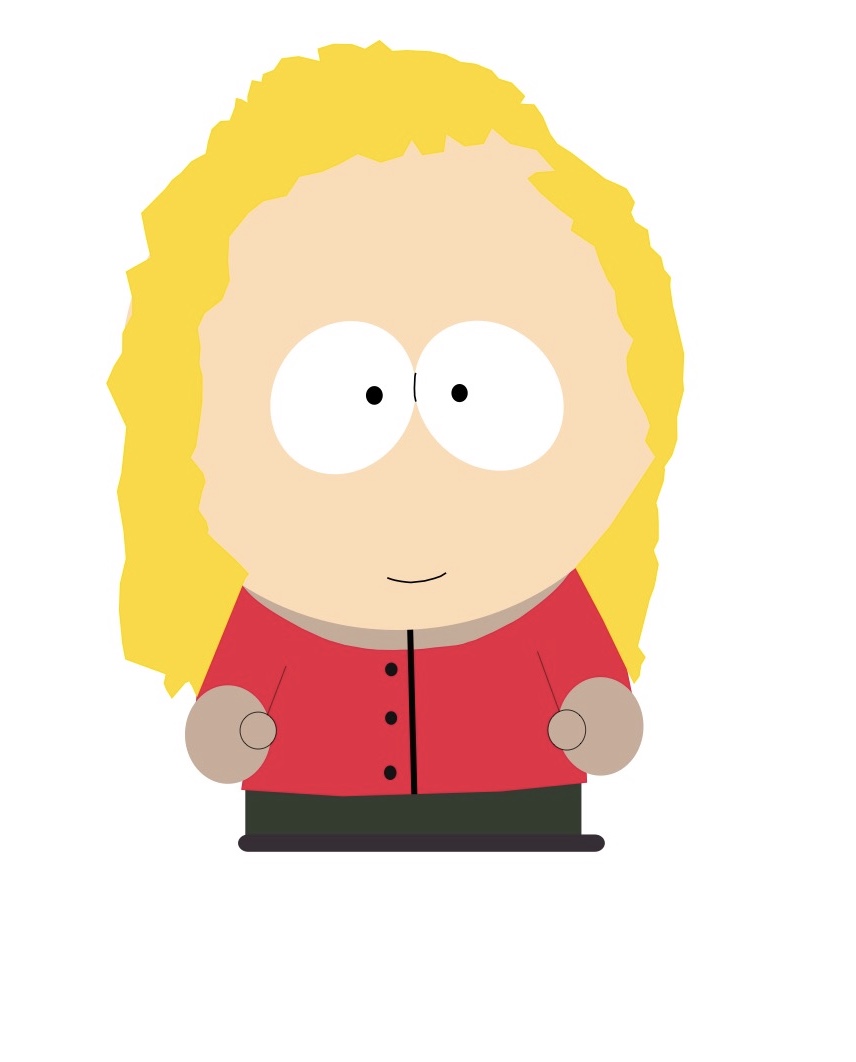 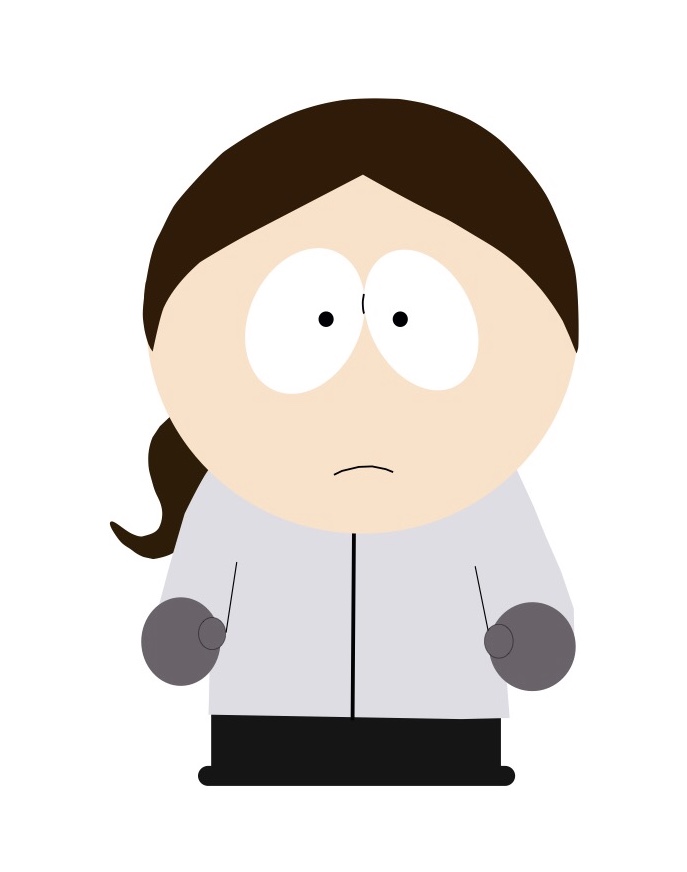 As much as i love Ike, i always wondered what could have been if he was a girl, since Matt Stone has a younger sister in real life.

But he probably decided to make Ike a boy to possibly avoid people accusing him and Trey of promoting "domestic violence" since people are naturally less forgiving when little girls are beaten by their older siblings(Ike was constantly kicked around like a football by Kyle in earlier episodes) than they are with little boys.

Also, Ike wasn’t originally going to be adopted and Matt’s sister seems to be truly related to him.

I still wonder how Ike’s character would be written if he was a girl and if his dynamic with Kyle would change, especially regarding the early seasons.

Trey and Matt didn’t know how to write children characters back then, so, they decided to get inspiration from their childhood memories and how kids acts when they aren’t around adults, right?

Yeah, but they also based the main characters on 90s male stereotypes that were predominant in pop culture back then, just take a look at the four boys, they early on swore a lot, had typical boyish interests, violent tendencies and would constantly pick on smaller and nerdier kids.

Stan Marsh was the white male lead stereotype that was a thing in the 90s, he’s considered more charming and attractive than the other boys and is the only one to have a recurring girlfriend(who was also a very stereotypical girl in the first few seasons), he also can sometimes cheat on Wendy(e.g: Tom’s Rhinoplasty) and is strongly implied that he only developed a crush on Wendy because she’s hot, Stan is very manly, but he also is regularly beaten by his older sister Shelly, and he is often picked by his friends, who sometimes question his masculinity.

Kyle was very much the definition of a macho stereotype in early seasons, even more so than Stan himself, he loved playing sports, hated girls, was meaner and nastier than the other boys, was a big brother bully to Ike ("KICK THE BABY") and would often pick on Cartman for being fat, the only time he demonstrated fragility was in the Christmas Holiday, since he’s Jewish, but even then, he still was shown to be rather tough.

Cartman was just your everyday fat male character, except that he was a spoiled brat, he was usually the butt of Kyle’s fat jokes and was only mildly Anti-Semitic, he also had girly interests and was embarrassed because of it.

Kenny had a personality of a perverted man in a young boy’s body who would do anything for money, however, he was(and is still) poor and used to be a Yes Man to Cartman, Kenny also constantly died in the show.

I know the boys changed drastically over the years, but it’s just me saying.

Thoughts on this theory?

@Ftyvv To be fair, normal Cartman and the rest of the main boys didn’t have distinct personalities back then, they were all spoiled brats that were only differentiated by their clothes and physical characteristics(Stan for being the white male lead, Kyle for being Jewish, Cartman for being fat and Kenny for being poor).

@HerbiMetal He also had to deal with a lot of harassment from trolls.

I never cared about his fanfics, they either focused on secondary/irrelevant characters or Kenny(he was a huge Kenny fan back then).

@Zaquarvious Yep, he was one of the very few fans at the time who was fiercely defensive of Wendy.