Details of the fourth episode of Season 23 has been released. https://southpark.fandom.com/wiki/User_blog:HighJewElfKing/Episode_2304_Let_Them_Eat_Goo "The citizens of South Park are moving toward a completely plant-based diet. Cartman is pretty sure the new food in the cafeteria gave him a heart attack." https://m.youtube.com/watch?v=9z5TwMFlH1o 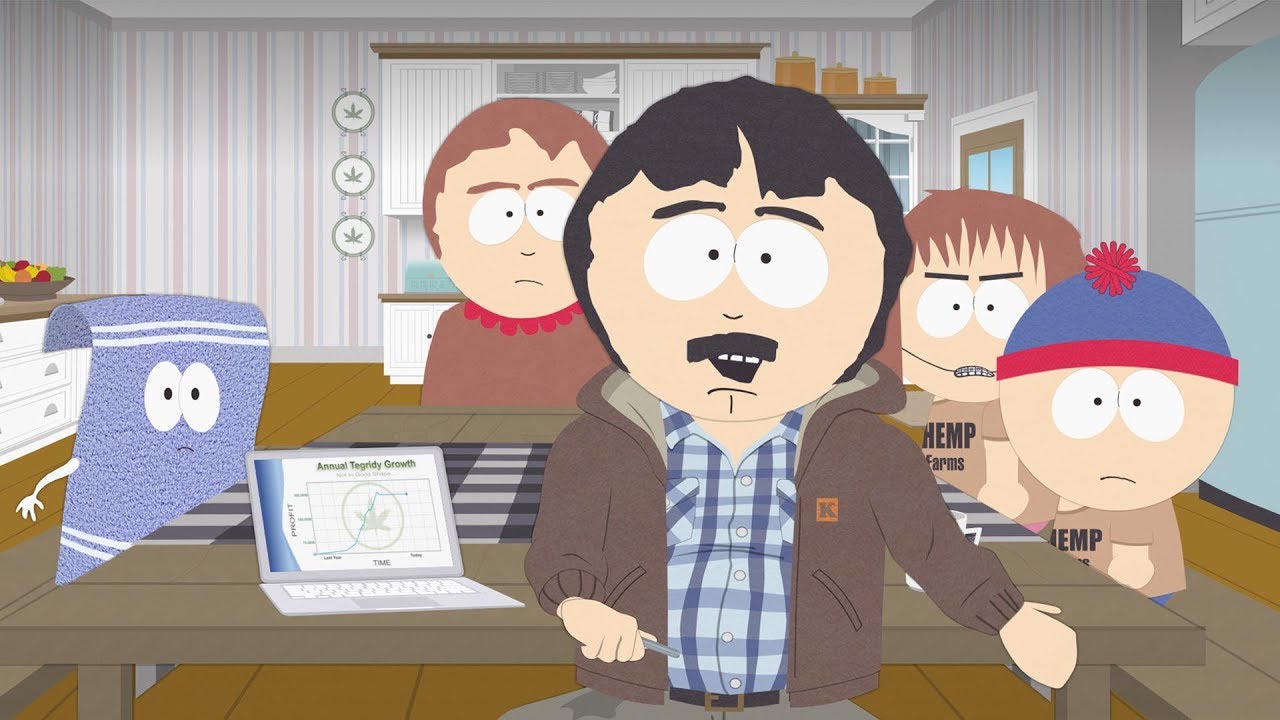 How Do We Sell More Weed - South ParkYouTube

It looks like this episode is going to tackle veganism, with plant based foods etc. Do you think Heidi the vegan will play a role? Or what about PETA? Will Wendy return?

It looks to be a full boys episode again, judging by the promo picture, but who is that man with them? Is he a new cafeteria worker? Or a farmer?

Looks like Randy's back after such a long absence, trying to make more profits from Tegridy Farms. How do you think he'll make money this time? Will he be involved in the plant based diet?

What do you think will happen in the episode? Are you excited for it? Leave your answers in the comments section below!

I really hope Heidi has an important role in this episode, or at least appears in it. I would be shocked if she wasn't since she was a vegan and use to date Cartman

Everyone will now get Vaginitis.

South Park has always portrayed eating meat as the norm among the characters. It’s about time veganism becomes the new normal. I am a proud vegan 🌱☝️ But anyway I won’t be surprised if South Park tears it inside out because they mock anything and everything 🙃

Was i the only one that saw "cartman gets a heart attack" and was like "i knew it. thye finally did it, those crazy besterds did it!"

Also, why is Tegrity Farms mentioned WAY TOO MUCH!?

So after all these years of being a fat fuck and eating excessive amounts of cheesy poofs, they finally went there and gave Eric Cartman a heart attack? Classic.

On a side note, although some of you may not like him, I hope Scott Malkinson appears this episode, considering he is a diabetic and may benefit from South Park's new plant-based diet. He is adorable and an underrated character, and I relate to him in a lot of ways. It would be nice if they would expand upon his personality a bit more and give him a bigger role, at least for an episode or part of an episode. Maybe it's just me rooting for the underdogs.

This may be an unpopular opinion, but I really don't care for Heidi Turner and don't care whether she does or doesn't appear again. I just never liked her character and found her old storyline irritating and felt the creators were dragging it out too much. I don't say this to be a hater or offend anyone who may be a fan or her. There are no negative vibes intended with this comment, as it is just my personal opinion. I don't mind if Wendy appears or has some input into South Park's new vegan diet, however. It's been a while since Wendy did much of anything in South Park in recent seasons.

Maybe Stan could have a bigger role in this episode as well, considering he is an animal lover and once tried vegetarianism in previous seasons.

The serialized Tegridy Farms plot is getting old as well.

What do you think?